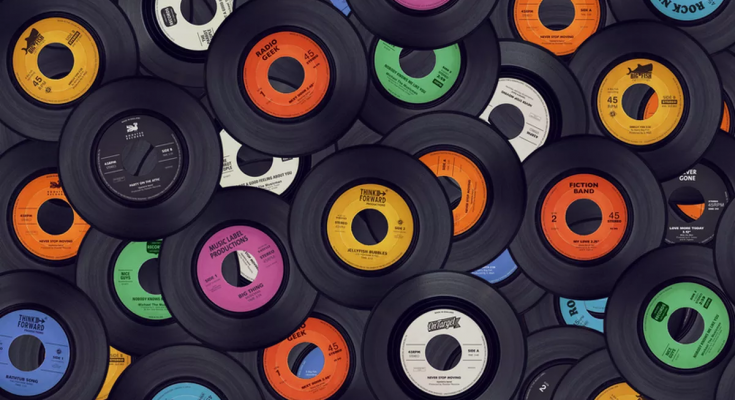 It is exciting to follow and see the ways music and music-making continues to develop and evolve over these years. One of the current phenomena that is starting to form in the music scene is independent record labels, either as produced by those who want to gather a bunch of artists with similar sounds and ideas or musicians themselves who want to make a way for the music of theirs and their peers to be heard. Here are a few of the exciting record labels, new & old, to keep an eye on and follow as well as some artists to check out that are connected to them.

Fire Talk Records have been a great discovery for me which has led me to look through their discography and artists which often hold similar sounds and fantastic production. There was a lot of buzz around the label’s artist Dehd with last year’s Flowers of Devotion, showing off one of the great artists from Chicago signed to them. In addition from the locale, the post-punk band Deeper came out last year with their sophomore album Auto-Pain. I recommend also checking out the first self-titled release from Mamalarky, a little bit of psychedelic-influenced indie rock that definitely will be to some people’s taste.

A record label since 2010, Father/Daughter Records tries to focus on the wide range of sounds in the indie world through their label and is often a great foothold that artists have jumped off of from there. Vagabon released her fantastic Infinite Worlds under their label, and artists such as Attic Abasement, Diet Cig, Leapling, and Remember Sports all have found their music joined under this banner. An assortment of artists have been signed to the label and it is definitely worth checking out to possibly learn about a new musician to follow.

One of the artists that began at Father/Daughter Records, NNAMDI, has gone on with Sen Morimoto & Glenn Curran to create Chicago-based Sooper Records. Since 2016, they have brought hip-hop, pop, and indie artists together to make music that reflects both their experience and parts of the Chicago scene. As well as the founding artists who have released a few projects in the last year, I recommend KAINA with her debut album Next to The Sun to capture amongst them the scale of the sounds on this label.

Another smaller, Chicago-based label is Plastic Miracles, with some fantastic released already under their belt. Artists to check out that reflects the label’s talents are Oceanator with her album Things I Never Said as well as Sonny Falls with his release of All That Has Come Apart / Once Did Not Exist.

Finally for me it would be a shame to not mention the Urbana-Champaign area hub that has come out of Polyvinyl Records. Since 1996 the label has been independently owned and has hosted the likes of American Football, Jeff Rosenstock, Anamanaguchi, Kero Kero Bonito, STRFKR, and so much more. If any of those names ring a bell or you are simply curious of the history behind this place, look through the roster of artists and find a new band to fall in love with.