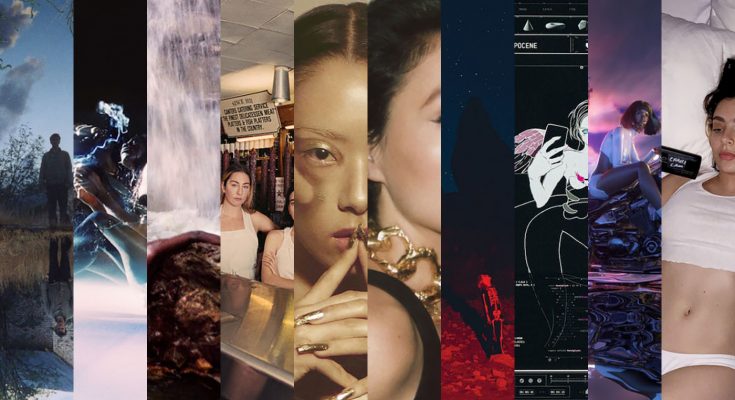 From a young age, we have all heard the phrase “don’t judge a book by its cover.” Does this apply to albums?

A good album can exist without an equally compelling album but creating captivating album art can turn a good album into a great one. Nearing the end of the year, let’s take a look at some of the best album art of 2020.

The album cover for Moses Sumney’s latest release features a stripped down image of him in a picturesque scene of nature. This image perfectly encapsulates the raw emotion and beauty the album displays throughout.

Heaven to a Tortured Mind-Yves Tumor

Yves Tumor’s Heaven to a Tortured Mind focuses on abstract desire. Similarly, the cover features an ethereal and ambiguous image that is quite indicative of the music heard throughout the work and introduces the idea of carnal desire.

Charli XCX’s album released this year was made completely in quarantine in about six weeks. To sum up her project, she presented her album with a relaxed photo, capturing the overall feelings of the quarantine we all experienced this year.

This highly stylized photo of rapper/singer Tkay Maizda is uber-futuristic while simultaneously presenting a paradise. Similarly, the music featured on this collection pushes the familiar sounds of pop and rap into the future framed by unique and beautiful production.

Grimes’ latest release is a concept album that focuses on climate change through the perspective of the climate goddess. Equally as strange, the album cover is a rendition of an editing software the creators of our world might use to create our lives.

Phoebe Bridgers’ haunting new album features a prominent color palette of dark blue and red hues. To convey this message further, the folk artist portrayed these colors on the cover of the album. To top it off, she is wearing a Halloween-inspired skeleton onesie adding to the “spookiness” of the album.

The simple, yet enticing photo that Rina Sawayama used as the cover for her debut album promises the listener an interesting and experimental adjacent joy ride. The music on this album delivers what is promised from this photo.

The portrait gracing the cover of Jessie Ware’s latest album is a recreation of a famous Andy Warhol polaroid photo. Hearing influences of Studio 54 and disco throughout the entirety of the music, Andy Warhol’s work encapsulates these feelings of vintage romance and desire.

With a name like Women in Music Pt. III, HAIM was trying to make a statement with their latest album. Featuring the three sisters surrounded by hanging meat and working at a deli, the photo that covers this album effectively showcases how the band feels in the genre of rock surrounded by mostly male creators.