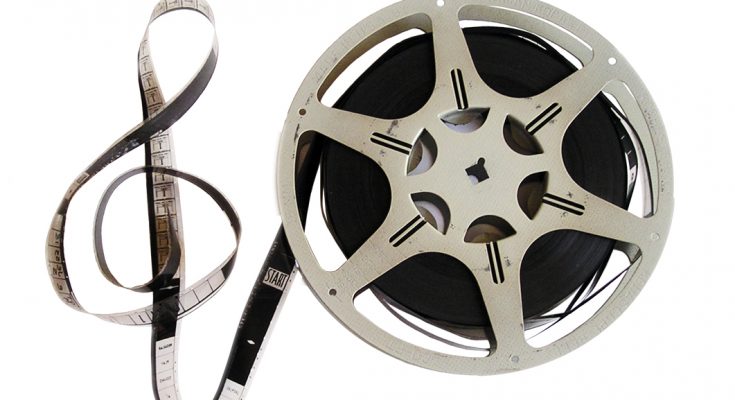 There’s something about a perfectly placed song that makes a perfectly placed scene ten times more powerful. The following list is made up of five movies that utilized music as a tool not just to fill the silence, but to create an emotional response in the viewer. Enjoy!

Sofia Coppola’s retelling of the iconic queen’s story is a shining example of the power of a great soundtrack. The movie, despite its 18th-century setting, refuses to rely only on period music for many of its scenes. The soundtrack, like the real-life titular character, is an amalgamation of the traditional and controlled, and the decadent and boisterous. The result is a legendary soundtrack that fully captures the opulence that was Versailles during the mid 18th century. Some scenes feature the music of Vivaldi and other classical musicians, while other scenes utilize work from artists like The Cure and The Strokes.  And of course, who can forget the shopping scene, featuring Bow Wow Wow’s “I Want Candy”?

Best Songs: “Natural’s Not in It” by Gang of Four; “Hong Kong Garden” by Siouxsie and the Banshees

Pulp Fiction, Quentin Tarantino’s cult classic, had a soundtrack so popular that it hit the top 25 on the Billboard charts. And for good reason- this was not your typical movie soundtrack for 1994. The movie didn’t feature music ripped from the local Top-40 station; the characters of “Pulp Fiction” dance, scheme, and sing along to music from a variety of decades. Much of the music possesses a familiar sound from unfamiliar artists. The resultant soundtrack, like the plot of the movie, has a dreamy-yet-intense quality to it, from the surf rock opener to the hazy cover of Neil Diamond’s “Girl, You’ll Be A Woman Soon.” And, lest we forget the Jack Rabbit Slim’s Twist Contest, featuring Chuck Berry’s “You Never Can Tell.”

Best Songs: “Girl, You’ll Be A Woman Soon” by Urge Overkill; “If Love Is A Red Dress (Hang Me In Rags)” by Maria McKee

Baby Driver is unique in the way its soundtrack is a definitive aspect of the movie’s plot. Ansel Elgort’s character, Baby, wears his earbuds throughout the film to drown out the tinnitus that plagues him. Often in movies, the audience listens to music that the characters are not hearing; in “Baby Driver,” the audience sees how the characters themselves are affected by the soundtrack as they move throughout their lives. The movie is decidedly set in modern times, but Baby’s music gives the movie a retro feel; additionally, he carefully chooses his music to fit the pace of his current situation- getaway drives often feature songs with hard, pounding basslines. The movie’s use of music and the music itself distinguish “Baby Driver” from other modern crime thrillers.

This cult film, released in 2001, contains 1980s alternative music that fits the tone of each respective scene so perfectly, it almost seems as if the plot was written around the soundtrack and not the other way around. Artists like Tears for Fears, Duran Duran, and Joy Division enhance the dark, otherworldly experiences of the teenage Donnie. One of the most memorable scenes features Tears for Fears’ song “Head Over Heels,” as the camera seamlessly moves throughout Donnie’s school hallway, subtly introducing the movie’s most pivotal characters and plot points. The song is perfectly cut to the camera movements. This soundtrack makes the list not necessarily for introducing the audience to new, unheard of music; instead, the featured songs are legendary because of their strong ties to the plot. The movie’s utilization of music is so strong and iconic that audiences are left remembering Darko’s plight each time “Mad World” plays on the radio.

Best Songs: “Under the Milky Way” by The Church; “The Killing Moon” by Echo & The Bunnymen

“Beautiful Boy” is based on a true story. The movie centers on a desperate father trying to save his college-age son from progressing drug addiction. This film is raw; there are graphic scenes of drug use and heartbreaking exchanges between Nic- the son- and his friends and family. This leads to an equally emotionally raw soundtrack, with softer songs like John Lennon’s “Beautiful Boy (Darling Boy)” contrasting with the grunge-rock of Nirvana’s “Territorial Pissings.” The soundtrack makes the list not just because of the excellent use of music to provoke an emotional response in the audience; the songs featured in “Beautiful Boy” are just genuinely phenomenal songs, many of which are by lesser-known alternative artists. For this reason, the film’s soundtrack is more than background noise; the songs featured in this movie hold up when listened to independently, which is the mark of a truly great soundtrack.

Best Songs: “Of Once and Future Kings” by Pavlov’s Dog; “Song to the Siren – Take 7” by Tim Buckley