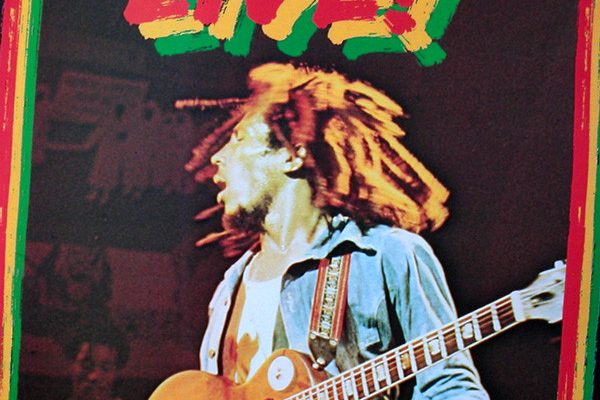 What makes an artist “legendary?” Numerous different factors come into play when dubbing an artist with such an exclusive title — how many records have been sold, how many songs have occupied top charts, how much influence has been wrought into a respective genre, the list goes on. Neil Peart, the late drummer of Rush who is considered to be one of the greatest to ever pick up a pair of drumsticks, once said, “The real test of a musician is live performance. It’s one thing to spend a long time learning how to play well in the studio, but to do it in front of people is what keeps me coming back to touring.” When it comes to the case of Bob Marley, the Jamaican national fills most every criterion to be revered as a legend with flying colors — but the reggae pioneer possessed a special, scarcely paralleled prowess in creating magic live on stage.

Not only was Marley truly one of the greatest musicians to ever live, he was also one of the best live performers of all time. Several of Marley’s live performances have been posthumously released since his death in 1981, with the recently released Live At The Rainbow, 4th June 1977 (Remastered 2020) being the first live Marley album released in five years. This masterfully refinished version of the famed London show beautifully captures the rapture that Marley and his band, The Wailers, were able to concoct while performing together on stage.

“One good thing about music, when it hits you feel no pain.” These are the first words to the album’s opening track, “Trenchtown Rock,” and they perfectly set the tone for the euphoric musical odyssey that Bob Marley & The Wailers guide the listeners through in the duration of their performance. Marley and his band lean more heavily into psychedelic musical stylings during this live show, which shine through beautifully in songs like “Rebel Music” and “Crazy Baldhead / Running Away.” The acclivity towards psychedelic sounds stems from the improvisation that Marley and The Wailers love to indulge in while performing live in front of an audience — compared to the studio versions, the live renditions of the songs found on the album are on average at least one or two minutes longer, a few being three to four longer. Whether it’s through an impromptu bass or guitar solo, the choice to repeat a catchy vocal refrain or getting the crowd to sing along, the means by which the songs are stretched out never fail to display Marley’s creativity and put the listener right in the middle of that London crowd thirty-seven years ago.

Some songs are improvised so heavily that they have an entirely different feel, a prime example being this album’s live rendition of “I Shot The Sheriff.” The tempo is slower, Marley’s vocal inflections differ, and the song is infinitely funkier than the studio version everyone knows and loves. Groovy electric bass, electric guitar and synth riffs from Marley and his crew really pop out to those familiar with the studio version while simultaneously alluring newer listeners with their Funkadelic-type techniques. Nonetheless, songs like “Them Belly Full (But We Hungry)” ensure that the classic Bob Marley reggae style is well represented on the album alongside the more experimentative tracks. This specific track does so not only in its sound, but also its message — Marley is revered as one of the most prolific musical activists to ever live, and he holds true to his reputation with lyrics on this song. He uses “Them Belly Full (But We Hungry)” to boldly call out the Jamaican government to provide aid for their massive population of impoverished citizens who were being ravaged by the decade-long political civil war that the nation was presently embroiled in.

“War / No More Trouble” is arguably the most powerful humanitarian song on the album, as it sees Marley fearlessly addressing racial discrimination and the heightened tensions that ensue from it. The moving human rights-focused track is soon followed by Bob Marley’s best live song — and one of the best live performed songs to ever exist — “No Woman, No Cry.” In true Bob Marley fashion, the master of simplistic yet powerful lyrics posits an enduring message of resilience and hope for the future that will always remain relevant. Using the song’s message, slow burning organs, laid back bongo rhythms and mellow basslines, Bob Marley & The Wailers create a truly euphoric listening experience that is nearly unrivaled in the spectrum of live music.

The stellar live album concludes with vigor through three bona fide Marley classics in “Jammin’,” “Get Up, Stand Up,” and “Exodus.” Masterfully performed live renditions of these three perennial reggae anthems were the perfect way to close out this perfect live album. Live At The Rainbow, 4th June 1977 (Remastered 2020) is deftly remastered, transitions seamlessly from song to song, and is full of life and vibrant performances. Indisputably one of the best live albums in recent years, this record is an absolute must-listen for fans of Marley and for those who have yet to experience the ecstasy that live Bob Marley shows invoke — be sure to give this rhapsodic musical experience and top ten album of the year a listen.