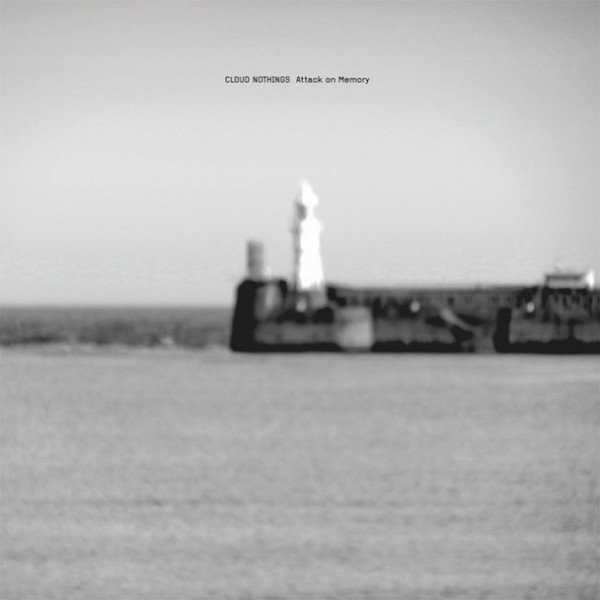 I must admit, before I write a review about a band, I usually have some sort of prior knowledge of what they sound like or what they are famous for.  This week, with the Cloud Nothings, I truly went into my first listen as ignorant as humanly possible.  I wanted a clean slate, so I could effectively evaluate their third studio release: Attack On Memory.  It was especially easy to listen to the lo-fi band from Cleveland because their album is only 8 tracks in length.

On the first listen a few things stood out to me about this album.  Mostly, lead singer Dylan Baldi sounds like a less effective version of the Smashing Pumpkins’ Billy Corgan.  His vocals seem stressed: at times, like on the sixth track of the album “No Sentiment”, he sounds like he is trying too hard, ironically when he is singing about how much he “doesn’t care”.  Contrastingly, at times Baldi can sound beautiful.  His voice seems to fit with the instrumentation almost seamlessly on tracks “Stay Useless” and “Fall In”.

The real strength of the Cloud Nothings hides in their masterful instrumentation and musicianship.  The pulsing guitar lines feel eerily similar to one crafted by Nick Valensi or Albert Hammond, Jr. of The Strokes.  This is especially evident on “Stay Useless”, which left me desiring Julian Casablancas to start singing when the vocals came in.  Cloud Nothings’ up-beat guitar riffs, care-free attitude, and crashing drum lines add up to one energy filled album, even if it’s only eight tracks long.

Though the brilliant guitar brings the album up, the vocals at times can bring it down.  In this album, the listener can certainly tell that Cloud Nothings are coming into their own, albeit a little slowly.  Attack On Memory was a joy to listen to, but it is simply not a classic.  It could use a little refining.  If they can do that, he potential is definitely present for the Ohioan band to blow up.