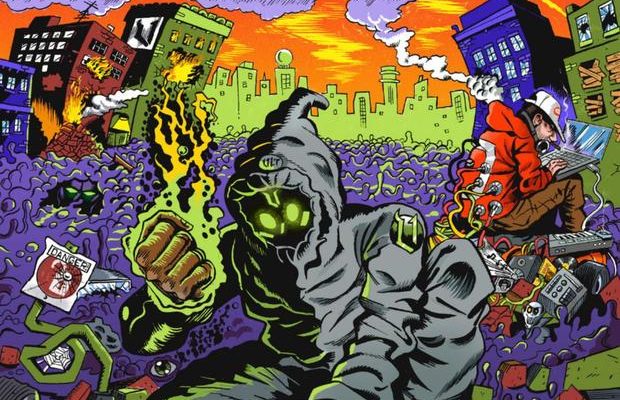 Kenny Beats has been on the rise lately as a hip-hop producer, making hits for artists like Ski Mask the Slump God, DaBaby, and Dominic Fike. Denzel Curry has been a well-established rapper for the past few years, releasing the albums TA3OO & ZUU and collaborating with numerous other artists. Working together, they released UNLOCKED, a short EP of eight songs which was made in just three days. It was created in secrecy and released the day after it was announced. Despite the short production time and even shorter release schedule, the EP is surprisingly good.

Kenny Beats used to be an EDM artist and on most of his songs, he uses bass and EDM inspired production. On UNLOCKED, he instead takes inspiration from MF Doom for some sample-based and repetitive beats much unlike his previous work. Denzel also reflects this in his flow and delivery, drawing from old school rap flow. Even the album cover mirrors the music with an undeniably MF DOOM like cover. This was a risk for both Kenny & Denzel, but it works out much better than anticipated.

Some of the standouts from the EP include “DIET_”, “Cosmic.m4a”, and “Take_it_Back_v2”. “DIET_” has Denzel constantly changing his flow over a bouncy beat and this is really the only song where Kenny’s EDM influence is prevalent with the bass and electronic sounds. “Cosmic.m4a”, the last track on the EP, is a more typical Denzel rap flow with a less bombastic repeating beat. “Take_it_Back_v2” has a faster flow, multiple voice shifts from Denzel, and a beat switch at the midpoint of the song. On all these songs, Denzel displays how naturally rap and lyricism comes to him, and Kenny Beats shows how versatile he is with beats that no one thought he ever would have made.

Overall, the EP is a little too short, but for what we get, this is a great addition to both Denzel and Kenny’s discography. For Denzel, this is a great collection of more laid-back songs. For Kenny Beats, this is a showcase of all his diverse skillset in production and that he isn’t just an EDM artist anymore. The album is a great representation of the inspiration of MF Doom and old school rap in today’s music and how it can still work today.