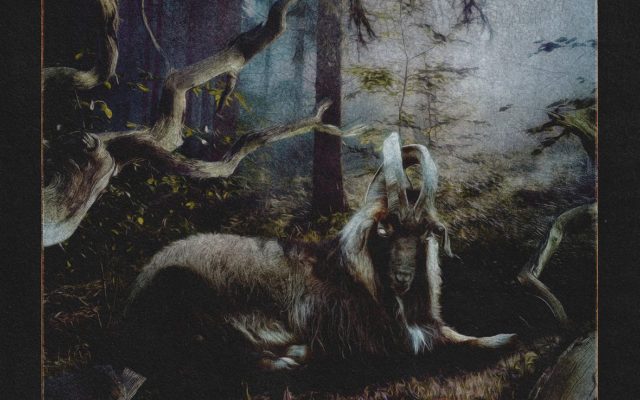 Feet of Clay – a fundamental flaw or weakness in a person otherwise revered. The title of Earl Sweatshirt’s latest work, Feet of Clay, is a great representation of his career so far. Some Rap Songs, his previous album, was critically acclaimed and ended up on many ends of the year lists, while his two other albums were received well and remain popular. Yet even with this success, it won’t help him move on from past issues like the death of his grandmother and the death of his father. On Feet of Clay he continues to struggle and think about these issues and tries to find closure.

Much like his last album Some Rap Songs, the beats and flows on Feet of Clay are very experimental and off-putting. This is most evident on “EAST,” where Earl raps over a looping, ominous sample. Because of this, the song feels like it’s reaching a climax or an ending point, yet it never does. Earl uses this to talk about his past relationships and current struggles he has. He wants to get better, but he keeps talking about his struggles and other dark subject matter, so it’s hard to move on.

Two other standouts from the album include “EL TORO COMBO MEAL” and “4N,” both which have features from Mavi & Mach-Hommy respectively. On “EL TORO COMBO MEAL,” Mavi raps on a piano & drum sample while Earl ends the track with distorted vocals. This is much more of Mavi’s track than Earl’s, and that’s a good thing, as Mavi’s verses are some of the best on the album. Mavi talks about much of the same that Earl has, but with a different perspective that parallels Earl’s in that Mavi has been avoiding his dark thoughts & ideas. On “4N,” once again, most of the track goes to the featured artist Mach-Hommy with Earl simply adding to the track with distorted vocals at the beginning and the end. The beat itself is distorted too, part of it reversed and the other part of it normal. It’s a little confusing to think about, but it comes together well. Both Mach-Hommy & Earl end the album with strong lyricism and meaningful thoughts. The track dies down for a minute with just the beat, something that hadn’t happened before on the album. This difference leaves us with a sort of peace and quiet that helps us cover from the other 14 minutes of rapping.

Although Feet of Clay only features seven songs and a 15-minute run time, Earl uses the little time he has to say what’s on his mind and rap over experimental beats. There is very little quiet on the album, but when there is, it’s jarring in contrast to the constant rapping and harsh background tracks. If you’re a fan of experimental hip hop or great lyricism and you have a couple of minutes to spare, this is a great album to check out.