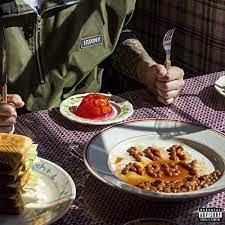 With the come-down from Olivia Rodrigo’s Sour pop album that recently dropped and has been flooding social media, it is nice to find some alternative sounds that give the same effect. An ode to the post-breakup-blues, Sour’s popularity came from the shared, universal experience of heartbreak. However, for those of us who prefer alternative music to mainstream pop, a good follow-up album to continue the same feel as Sour is For Abby, by JAWNY.

The album is produced to sound like a mixtape, the songs filled with ambient noise and film ticks to make it seem as though they were burned onto a disk. This provides the album with a nostalgic energy, helping cultivate the environment of remembrance most people need when dwelling on relationships that didn’t work, while simultaneously giving the album a 80’s feel to it. Just like Sour, the album is fun and playful with sampling and the general music of it, while the lyrics carry heavier feelings of unrequited love, or simply relationships that didn’t work out.

The interlude, titled “Intro (Side A),” serves as JAWNY’s tribute to the girl he is burning the ‘mixtape’ for. He describes his intentions for making her a mixtape when he says, “You blocked my number so I made you a little mixtape.” The form is fun and goofy, fitting the feel of the mixtape while also explaining the intent of the album.

“Super Bad Mantra” discusses how bad this girl he lost is, bad in that she is just about the best JAWNY has ever had. She makes him feel some type of way, and the song makes us feel the same. The lyrics are witty, the beat is energetic, and the feature of Christian Blue’s rapping makes it all the more bad, exactly in the sense JAWNY means.

“You Got a Man” discusses the way JAWNY wanted this girl, and even though she isn’t single, he still wants to do whatever to please her – even if that includes being, in the lack of better words, a side piece. He isn’t blind to her indiscretion, and doesn’t care. The themes in this song are a little less PG than some of the ones you will find in Rodrigo’s album, but still just as relevant to the hookup culture of today.

“Trigger of love,” is my favorite song on the album by far. It works well chronologically with what JAWNY has already discussed in his previous songs. He talks about how he doesn’t care if she is using him in “You Got a Man,” but in “Trigger of Love” listeners start to hear how this behavior is affecting JAWNY emotionally. “She will pull the trigger on you / and the trigger is of love.” JAWNY’s feelings are no longer flippant, light-hearted and unattached. Finally, the more serious undertones of the album start to come into play, which is also alluded to in the sound of this song in particular, which is much more serious compared to the ones that come before it.

“When I fall Apart (Side B Flip),” is finally when we hear from Abby. She says she thought about throwing the mixtape away – the production of the album playing again with the idea that listeners are getting to experience this mixtape and Abby’s reaction to it with her. She starts the song anyways, saying she wants to hear what he has to say. Ambient noise clicks, and then a somber tune starts to play, completely different to what listeners have heard so far. This shows that although JAWNY may front that he wasn’t that hurt by their relationship’s end, he felt more heartbroken than he let on. He sings, “So I fell in love, and I fell apart,” showing just that.

“For Abby” is the ode to the girl the mixtape was intended for. JAWNY discusses how nothing feels right except for Abby, and that he is really feeling the heartbreak of their relationship’s ending. No longer sugar coating his words with upbeat indie sounds and heavy instrumentals, JAWNY finally gets into the deeper feelings he has about the girl he used to love. He sings, “It doesn’t have to be forever / just another thought crossing your mind / So tell me how you’re feeling / ‘Cus I would love to waste your time.”

“Coloring” is really the albums outro. He sings a few somber verses, and then the tape cuts. You can hear JAWNY say, “That’s everything I had to say, you said this next song was your favorite song”, to which the next song that plays is “Honeypie.” This song really completes the album, really demonstrates how the whole thing was an attempt to reconcile with Abby. To make her understand how much he had loved her – and evidently still does. To show her he knows her well and that he hasn’t forgotten small moments of their time together. I think this album is a great alternative option if you are getting tired of Sour, or if you are currently going through a bit of summer-time sadness yourself. With the mixture of comical cuts in the “tape” and more dramatic songs about deeper feelings, I would say this is the perfect option for anyone looking for love songs and post-breakup belt outs. And if you haven’t listened to any of JAWNY’s other music, don’t be afraid to try “Anything You Want”, another personal favorite of mine from his discography.

I think this album is a great alternative option if you are getting tired of Sour, or if you
are currently going through a bit of summer-time sadness yourself. With the mixture of comical
cuts in the “tape” and more dramatic songs about deeper feelings, I would say this is the perfect
option for anyone looking for love songs and post-breakup belt outs. And if you haven’t listened
to any of JAWNY’s other music, don’t be afraid to try “Anything You Want”, another personal
favorite of mine from his discography.

Other songs on the album not discussed include: “Sabotage” and “4Tounce”.