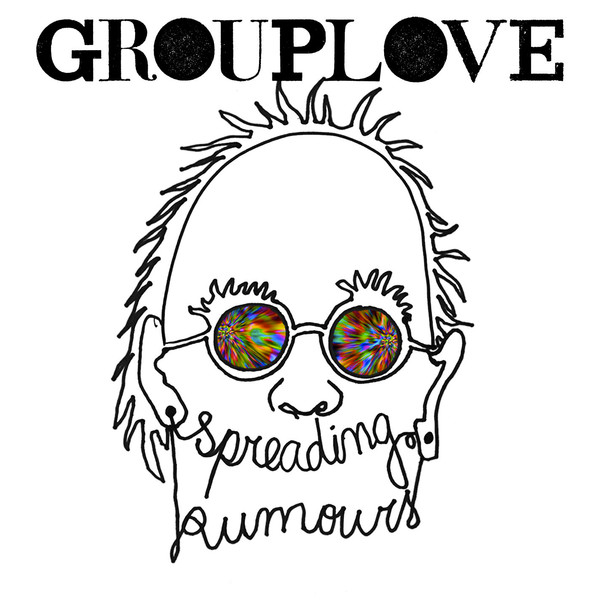 You probably first heard Grouplove in Apple’s iPod Touch commercial back in 2011. Their hit single “Tongue Tied” would eventually go Gold in Canada and Australia, and Platinum in the US. At the time, the band had been playing together for only two years. Lead singers Hannah Hooper and Christian Zucconi met in New York, and would quickly met the rest of the group at an artist retreat in Greece. The group cited instant chemistry. Now, almost exactly four years after inception, we receive their heavily anticipated second studio album.

If at first you scanned through the album in search of the next power-pop-rock anthem that would replace “Tongue Tied” (as admittedly I did at first) you were most likely disappointed. I stopped to check out “Shark Attack”, but where I expected a chorus that I would be able to scream along to, I found a half-time break down followed by what will later be remixed into a pretty solid EDM track. I am used to jamming out to Grouplove with the windows down, flying down the highway. This chorus, however, made me feel more like I was playing DDR. Don’t get me wrong, I would choose this song every time I Dance Danced, but it fails as a replacement to the groups last hit. I would entertain the argument that “Raspberry” could take the crown away from “Tongue Tied”, but Hooper and Zucconi’s voices lacked the excitement and energy that we count on to get us to our 9 A.M. classes and 8 to 5 jobs.

Giving up on my hopes to find a replacement, I went back and gave the album a listen as a whole. All 51 minutes of it. To say that the album was too long would be false because there are plenty of 50+ minute albums that I love. More accurately, the album was too long for the minimal scraps of solid music that I was fed disproportionally along the way. Fortunately, some scraps were reminiscent of their much earlier music; “Schoolboy”, “Sit Still”, and “Ways To Go” gave me the feeling that I was back listening to their first EP. These tracks satisfied my need for a throwback, but with the exception of “Schoolboy”, they lack the energy and momentum the group usually provides. Other songs showed a new side to Grouplove’s sound; “What I Know” and “Borderlines And Aliens” display a grungier, more rock and roll sound. This transition in the bands sound, although unexpected, is welcomed. Definitely the spinach of the album; they are an acquired taste. And if I label those tracks spinach, I guess I would have to call “Raspberry” and “Save The Party For Me” the desert. You have to get through the first 45 minutes or so to get to this sweet ending, but if you don’t eat your meat, how can you have any pudding, right? Not much like anything we have ever heard from Grouplove before, but then again that’s not what we look for in our deserts.

Overall, some will say that Grouplove proved their versatility, and I can’t disagree with that. The real problem was that the changes occurred so rapidly that the album lost any chance it had of flow. I appreciate the groups attempt to add variety to an album but, I almost felt like I was listening to a mix tape with a few songs from some okay bands, and a few songs from an awesome, well-rehearsed group. I don’t envision this album hitting very high on the charts, but a few songs will most likely spread their way around the alternative scene. Grouplove has become known for their incredible shows after touring for almost two years straight, and I am confident that these songs will fit the bill for an awesome show, as long as they have the right set list, and play a good chunk of their old stuff too.

RIYL: The Pixies, Fitz and the Tantrums and Cage the Elephant

Stream the album below: