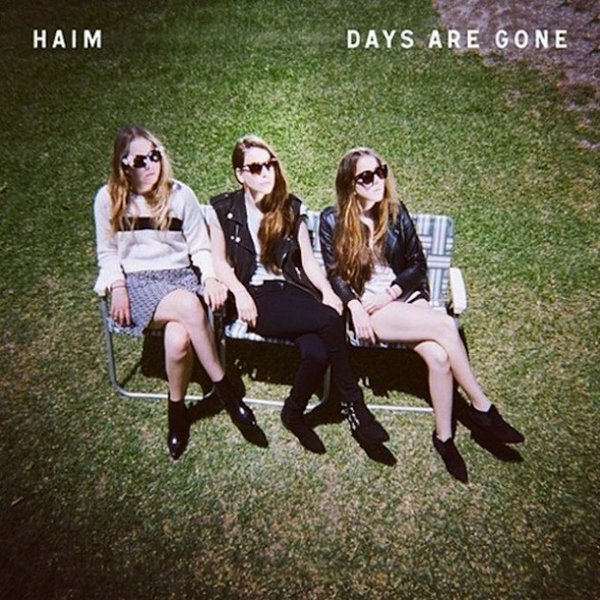 For the three sisters Danielle, Este, and Alana, their music career began with their parents. Starting when Alana was just four years old, the Haim family created a band together with the unfortunately cheesy name of Rockinhaim. The family jammed together and performed timeless covers at events like work parties and school gatherings. As cute as the family band was, the sisters decided they were ready to play their own music and split off from their parents in 2006. Renaming themselves to just Haim, the sister trio embarked on wild journey to fame and successfully kept the all-girl pop band trend alive.

The girls had a few spotlight songs throughout their early career, such as their notable tune on the tween movie Sisterhood of the Traveling Pants soundtrack, and other various appearances on songs delivered through Nickelodeon. However, none of that accurately portrayed the badass bike riding, ridiculous dancing, and heartbreaking California chicks that truly encompass Haim. It wasn’t until 2012 when they released the hit singles “Forever” and “Don’t Save Me” that they started receiving the recognition they deserved. Through their undeniably catchy 80’s dream pop, slap bass, and funk beat sound we all became were hooked. To think they started off playing rock ballads with their parents and the next thing you know it’s 2013, they’re touring with Mumford and Sons, Emma Watson is tweeting about them, and they’re landing gigs at famous festivals like Glastonbury and Lollapalooza.

Haim’s debut album, Days Are Gone, is without question one of the best albums released this year. It is undeniably refreshing and easy for anyone to enjoy. The album makes countless transitions from slow jams, to up-beat pop songs, to sudden vivacious guitar riffs that keeps the album unique and surprising. Most bands lose their touch by trying to have multiple different sounds on the album, but this is exactly where Haim prevails. A band of all sisters is always something to root for, but the best part about Haim is that Days Are Gone has a place for everyone. The 70’s and 80’s influence to their sound is enough to bring your parents into a nostalgic dance session and keep the trendy kids up to pace with the latest synths beats and electric riffs. Everyone else gets to enjoy how this is album is quite possibly the collaboration sent from heaven. And we can all just admit now that every member of Haim has a head of the most luscious, flowing hair ever, that is so regally portrayed on their album cover. Seriously. Their hair has got to be award winning. Apart from the music, Haim has an applicable level of everything from sex appeal, to charm, to remarkable personality. They’re the whole package.

One thing about Haim is that when you end up liking one song by them, you’re going to like every song by them after that. It’s like a wonderful disease. One of the most eye-opening songs on the album is “Song Number 5.” The song begins with a very “we will rock you” drumbeat accompanied only by Danielle’s voice, which is heavily contracted through a Kanye West-type auto tune. If that wasn’t deviated from the normal staccato, poppy sound of Haim, then you can wait a few more seconds and listen to the song throw another twist at you with this deep, dub-step growl ripping through the background that mirrors the lyrical rhythm. Not to mention the eerie giggles made every so often keep it very ominous and diverse. Then this harsh, thrashed out guitar riff roughly interjects to perfectly accommodate the deep electronic bass beat from earlier. Once you think you’ve finally figured out what Haim was going for in “My Song 5”, they twist everything again and the chorus turns into this dream pop sound that you’d think was made for Destiny’s Child to have sung back in 2001. As uncharacteristic as this song is for Haim, it is equally welcomed as a little tidbit of something new amidst the traditional sound of Haim in songs like “The Wire” and “Falling.”

Another great thing represented in this album is the use of lead vocals by Danielle, Este, and Alana. Instead of having just one girl appointed to singing every song, Haim likes to switch it up for every track. Some songs like “Days Are Gone” sounds as if Danielle, the lead singer, isn’t even present which shows the true talent imbedded in every member of the band. The hit single, “The Wire” gives each girl her own verse to sing to keep everything refreshing. Giving spotlight to more than one member of the band always makes for a more varied album. Not to mention the fact that their harmonies are so spot on and effortless that the production of each track is borderline flawless.

If you’re into super poetic lyrics and deep, passionate songs, then Haim is not the band for you. While the lyrics have meaning, it’s nothing compared to something of Bon Iver where Justin Vernon can have every teenage girl eating out of the palm of his hand after making “Skinny Love.” Everything out of Haim is very blunt and most songs are all about the repetition. In “Let Me Go”, the repetition of the words is very apparent but that’s what makes it so memorable. It’s all about simplicity and just enjoying the sincere passion put into this album.

Whether it’s covering Miley Cyrus’ “Wrecking Ball” or casually beating Justin Timberlake’s new album on the top UK album chart, Haim appears to be able to accomplish anything. With this only being their first album, I can’t wait to see what is in store for them in the future. But for now, everyone go get this album any way you can and enjoy every ridiculously pleasing song on Days Are Gone.