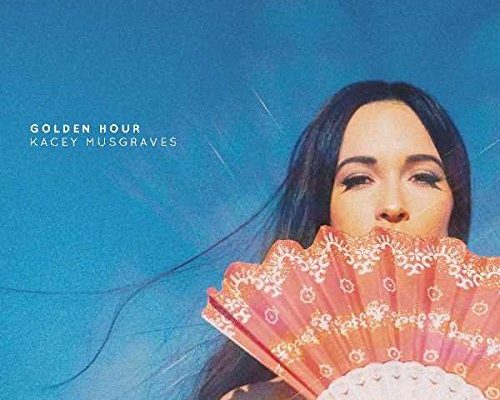 With Halloween right around the corner and barn dance season in full swing, it seemed only fair to do a review of the hippie country singer Kacey Musgraves. Although country music gets a bad reputation for some pretty good reasons, Kacey is bringing a revolution to the country scene. Rather than singing about beer and trucks Kacey’s most recent album Golden Hour is bringing a much-needed revolution to country music.

The very first song on the album “Slow Burn,” is a beautifully simple melody. The song starts off slow and gradually picks up with the addition of instruments. In the lyrics, Kacey sings about how she lives her life. She talks about how she doesn’t rush anything, tries to take in everything around her and enjoys every minute. “Oh, What A World” has a similar sound to it where the instrumentation starts off slow and then gradually speeds up. Once again she sings about appreciating the world around her and experiencing all the magic in the world that people often miss.

When the weekend is mentioned during most country songs, it involves going to bars or partying on the tailgate. Meanwhile, Kacey’s song “Lonely Weekend” brings a positive twist to having a quiet weekend. Rather than complaining about being lonely in a new city, she sings about how being alone can be a positive thing.

“Happy & Sad” brings out the skeptical side of Kacey. Although in a lot of the album Kacey has a positive dream-like outlook on life. This song shows that deep down she still has a lot of worries that are hard to shake. Additionally, this song dives into the inevitability that everything will end, so how do you enjoy it while it’s happening?

“Velvet Elvis” features a lot more traditional country music themes. This upbeat ballot to Kacey’s love includes a variety of references to Elvis and Priscilla. Although it is the most country sounding song on the album, there’s no doubt that even the biggest country hater can’t help but admit it’s catchy. “Space Cowboy” likewise has many traditional country themes. This tender song touches upon accepting when a relationship is over and being able to appreciate the good times that took place while it lasted.

The album finishes with two of the best songs. First is “Golden Hour” which is a tender love song where Kacey compares the love that she has to the time of day when sunlight is in its warmest color. The metaphor is simple but beautifully communicates her feelings. Finally, the album rounds out with the emotional song “Rainbow.” I think that this song beautifully encompasses many of the themes seen throughout the whole album. With just Kacey’s vocals and a piano, she sings about seeing the good in your life after you’ve been through storm after storm. Basically she says that it’s okay to finally choose happiness.

Listening to Golden Hour makes you feel like you’re living in a dream. From the soft instrumentals to Kacey’s mesmerizing lyrics, you would never think that you are listening to a country album. Overall, Kacey displays how in touch she is with her feelings and the world in this album which is a far cry from what most mainstream country albums exhibit.

Alex is a senior from the suburbs of Chicago studying advertising and is a web writer for WPGU. She loves reading historical fiction novels, looking at corgis and drawing flowers.

View all posts by Alex Marusarz →