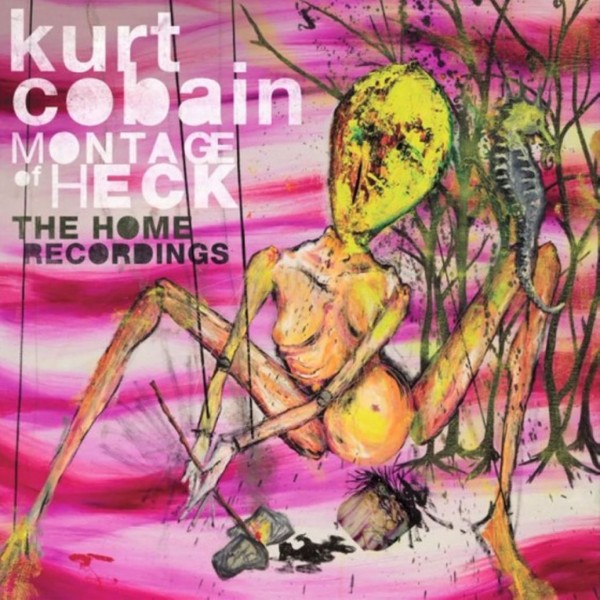 Montage of Heck: The Home Recordings, standard version, consists of 13 songs while the deluxe version consists of 31 recordings of the late Kurt Cobain. This album, at times, may make you want to rip your headphones out of your ears due to the screechy voices, out-of-tune guitars and low-fidelity sound. However, that is what made Kurt Cobain (and Nirvana) popular. Kurt Cobain is known for his lo-fi, grunginess and the distorted sounds of Montage of Heck really put you in the mind of Kurt Cobain, pre-sellout. Nirvana’s most famous song, “Smells Like Teen Spirit,” probably started off as one of these home recordings and then with better production blew up into the mainstream.

The album starts with “The Yodel Song” which begins with a can cracking open, birds chirping, T.V. fuzz, and the slurring of words. Cobain then moves into yodeling over the strum of his guitar. Cobain comments on how his guitar is out-of-tune and broken at the end of the song, which is evident. In the second song, “Been a Son-Early Demo” (released on the album Bleach in 1989), the lyrics are hard to hear and Cobain comments, “bass part,” when the bass guitar comes in. Clearly this is a super rough-cut album, even a bit unpleasant to listen to at times. “The Happy Guitar,” 3rd track on the album, as well as “Letters to Frances,” the 11th track on the album, are unusually pleasant, upbeat and wordless.

Cobain covers The Beatles’ song from 1964, “And I love Her,” in a beautiful, melancholy way. “Sappy” (released on Bleach), “Frances Farmer Will Have Her Revenge on Seattle” (released on In Utero in 1993), and “She Only Lies” end the album in a somber way.

The deluxe album contains strange tracks ranging from a small voice screeching about beans for a minute twenty-two to Cobain’s ambience of static noise for 25 seconds. I suggest listening to the album if you are a big Nirvana fan or if you ever were a big Nirvana fan in your life. It takes one who has listened to Nirvana’s MTV Unplugged album back to front 50 times to understand what Cobain was going for with the songs on this album. This album seems as though it would greatly fit the soundtrack of Cobain’s highs and lows of life.

Check out Kurt’s version of “And I Love Her”: