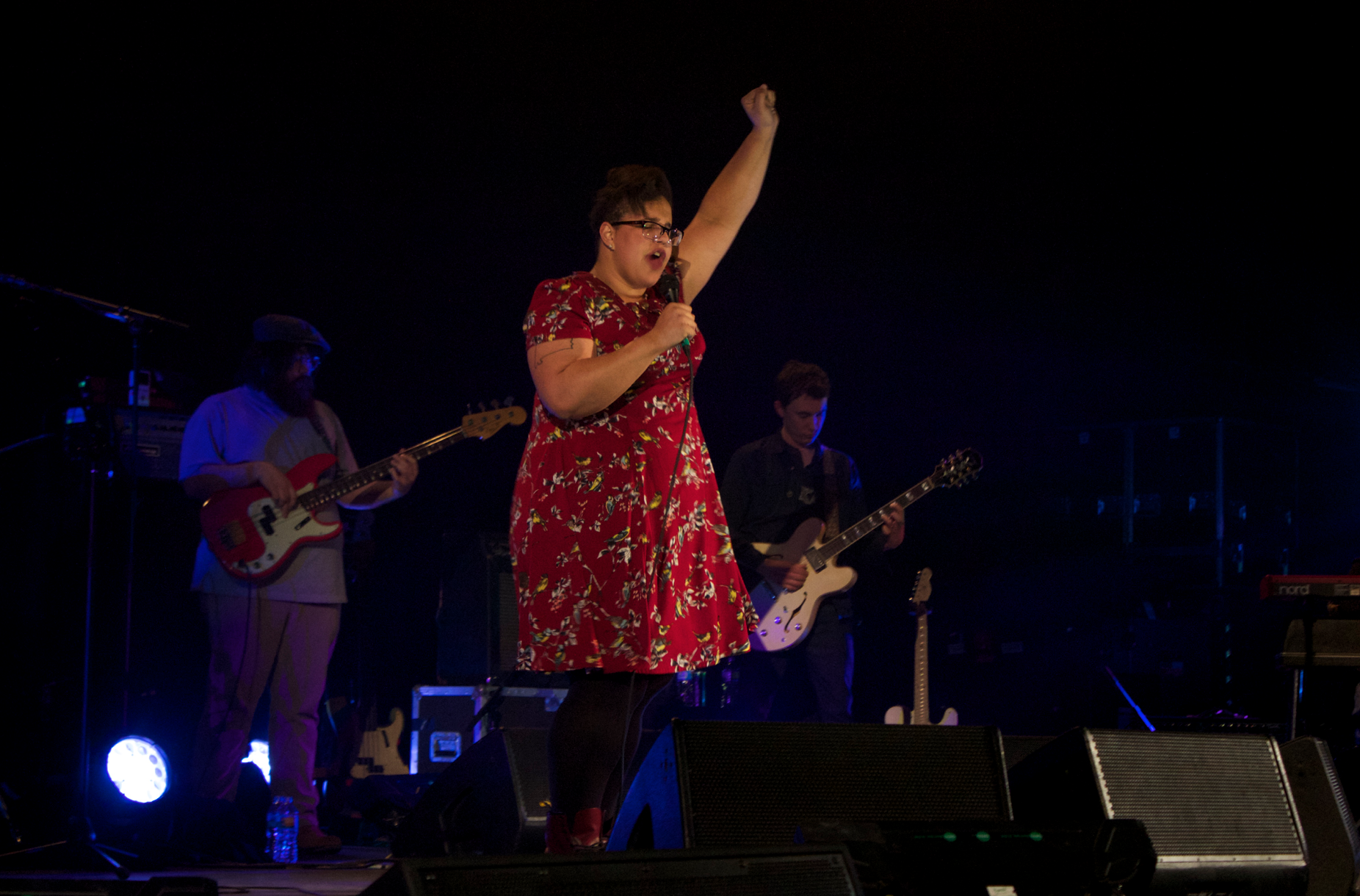 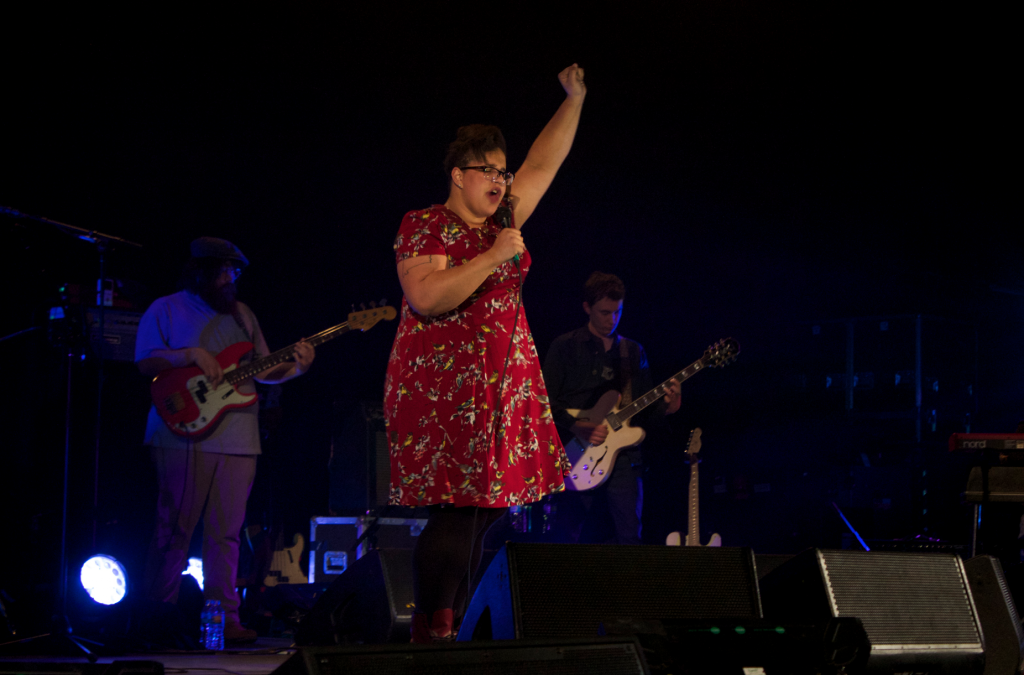 Nashville natives made their way to Champaign for the first time this past Wednesday as part of the Alabama Shakes tour. The band began playing as excited Alabama Shakes fans began to file into the historic Virginia Theater, and it seemed that this opening act expected an unenthused audience. They opened with a subtle song that showed aspects of true americana folk music, steady and slow guitar with a flowing pattern of vocals singing above. 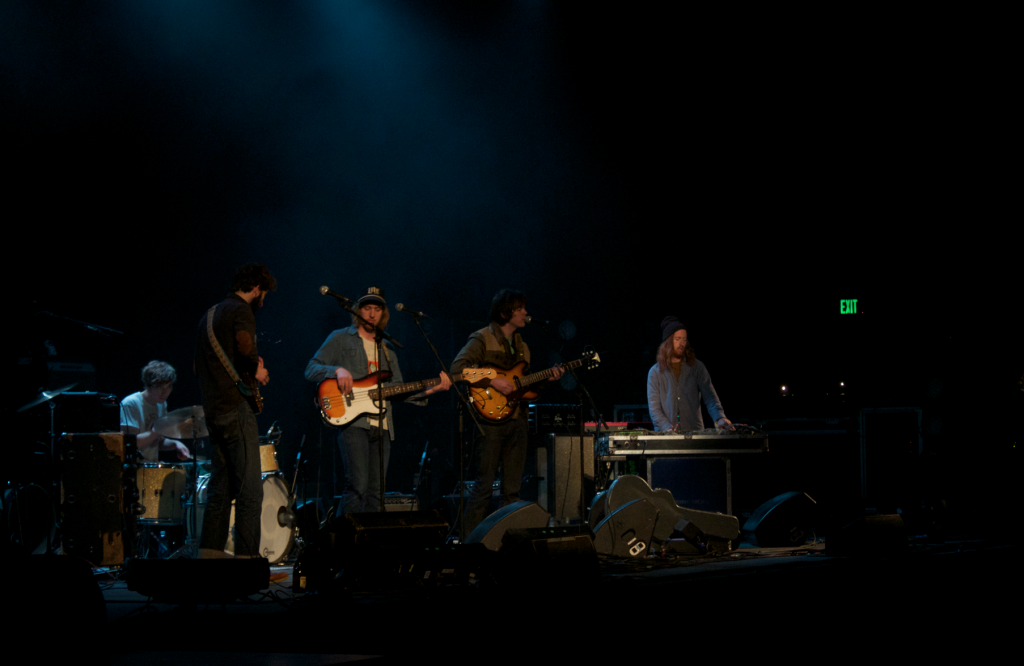 Although it sounded beautiful, the group seemed to be playing for themselves for the first part of the set. As the audience formed, the group reacted to the growing energy and began to settle with the stage, and showed a harder rock side to their music. A rare aspect to the group was a frontman bass playing, who was equally talented in both while performing simultaneously. I would recommend listening to this band on vinyl, but as they mentioned at the show, they sold out. 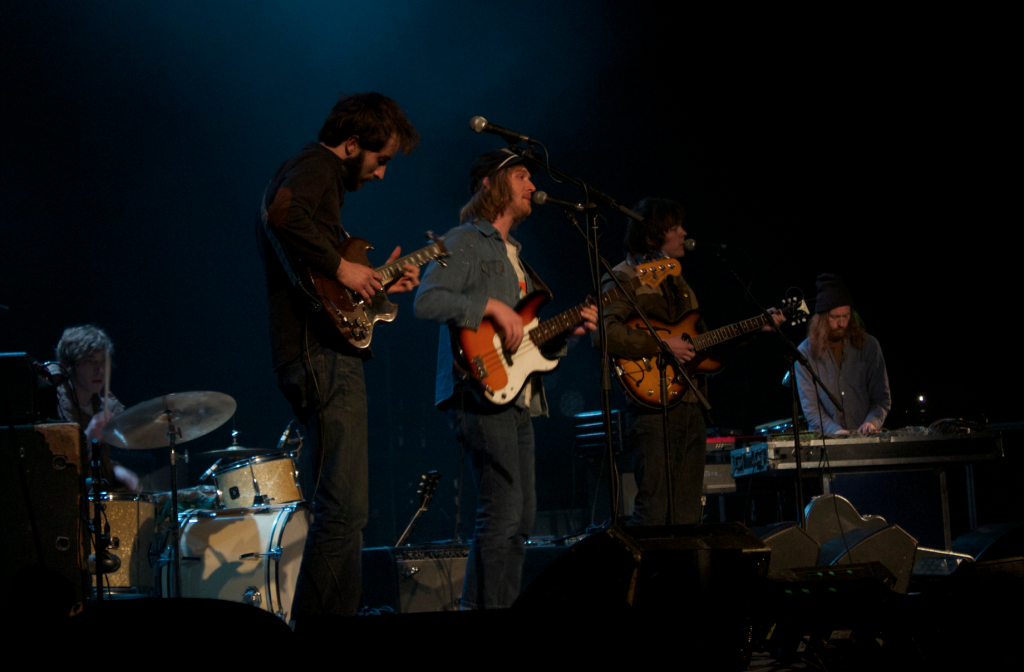 Alabama Shakes performed to a nearly sold out room. Whether it be the hype of the group or the wine and beer provided by Farren’s, the room was buzzing with excitement. The 9-piece group (the band included a small group of background singers) took the stage humbly and performed an honestly incredible show. Although Brittany Howard is the face of the band, it contains a lineup of very talented musicians. The guitarist, drummer and keyboard player provided a tight and varied bed of music to support the emotional and real vocal performance that Howard gave. 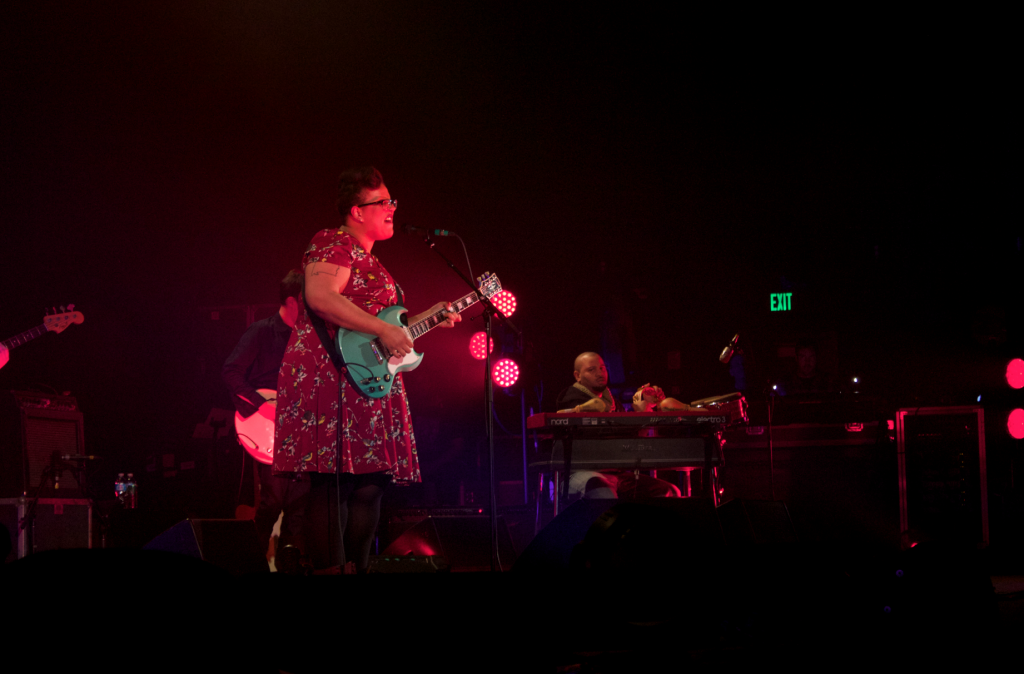 Brittany Howard is not just a singer with a gimmick though. Her voice has the ability to range from a guttural true blues sound to a light soulful R&B soloist. It is a real treat to see her perform with original style and flare. She gives a sense to the audience of the real emotions and meaning of her music through her performing. As Howard stood on stage with a guitar, modest floral dress and intimidating combat boots, I could see her connection to the musicians that have influenced and created the world of blues that have also performed on the very same stage: B.B. King and Buddy Guy. She truly shows the potential of a woman in the blues world in an unassuming and authentic way. Maybe Beyoncé should try on a guitar for size, because Brittany Howard is on her way up.