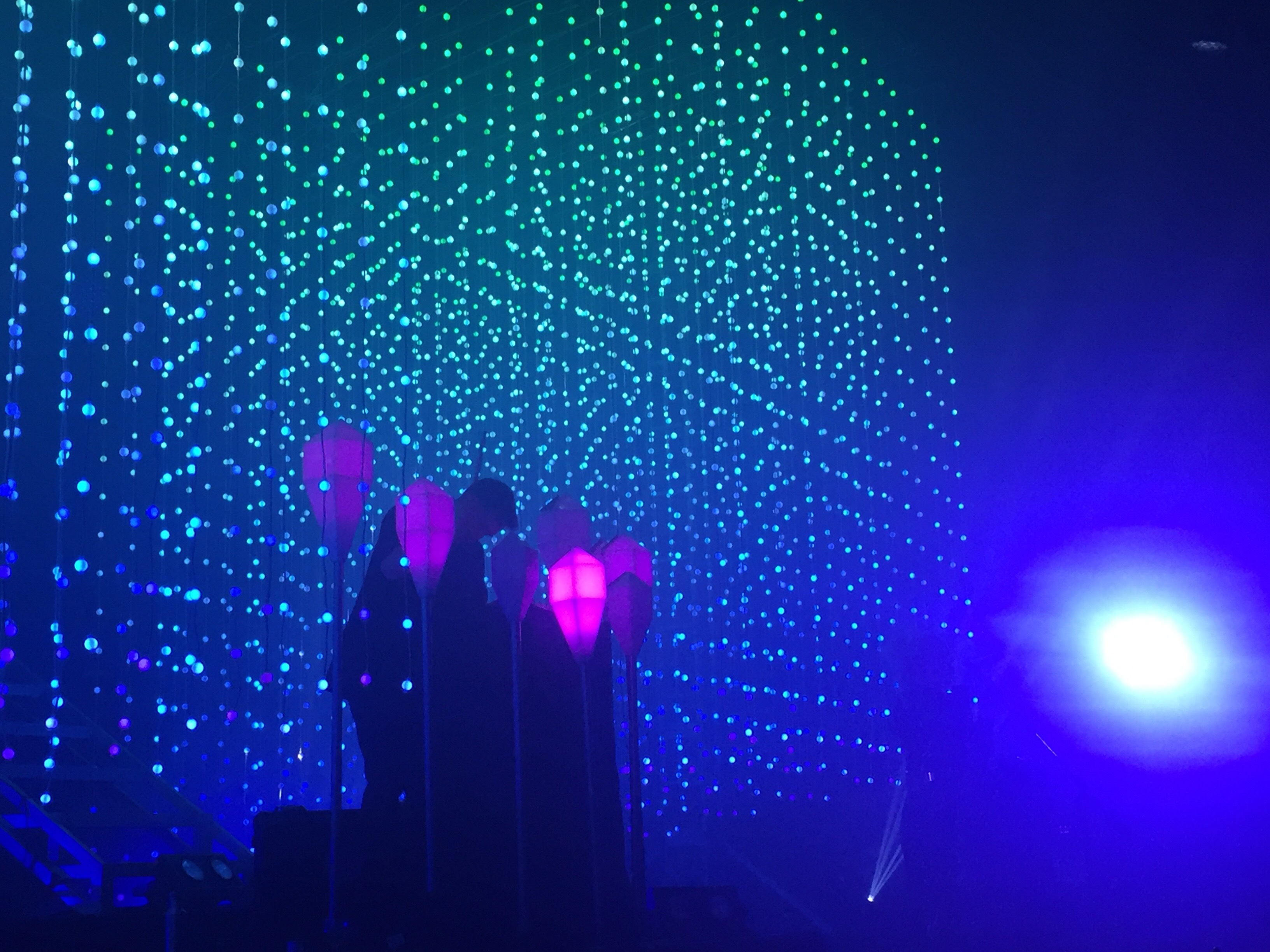 Purity Ring is the perfect duo to see on Halloween – their songs are on the right side of mysterious and vocalist Megan James sauntered around the stage in her, as she put it, “weird blue nightgown,” gorey makeup, and electric, witchy dress like she was born to be in it.
The entire concert was an ethereal show with dangling strings of light hanging from the ceiling complimented by instrumentalist, Corin Roddick’s unique light bulbs custom made to serve as his percussion source during shows. Not only did the concert sound impeccable, but it was amazing to watch simply because the light show was ever changing and mesmerizing.
James’ vocal prowess is so thrillingly impressive: Never a voice crack, never a missed note. Her perfect high-pitched voice maintained it’s strength and juxtaposing delicacy throughout the set (except for during her two crowd interactions where she used a creepy voice changer). The two times she spoke to the crowd, James was utterly hilarious and genuine, something I would’ve loved to hear more of.
There is something so liberating about an encore-less concert. Before playing “begin again,” James explained to the crowd, “What we have is what we have.” Rather than having us twiddle our thumbs for an entirely predictable final few songs, Purity Ring maintained the energy and kept the fans dancing for an undisturbed hour and a half. They might not have an exceeding number of songs to perform, but for Purity Ring, quality is certainly more important than quantity – and as James said, one day they’ll have more songs to perform here again.