Shows Friday night continued far into the morning with great music at several great locations.  We give you a summary of some of the best. 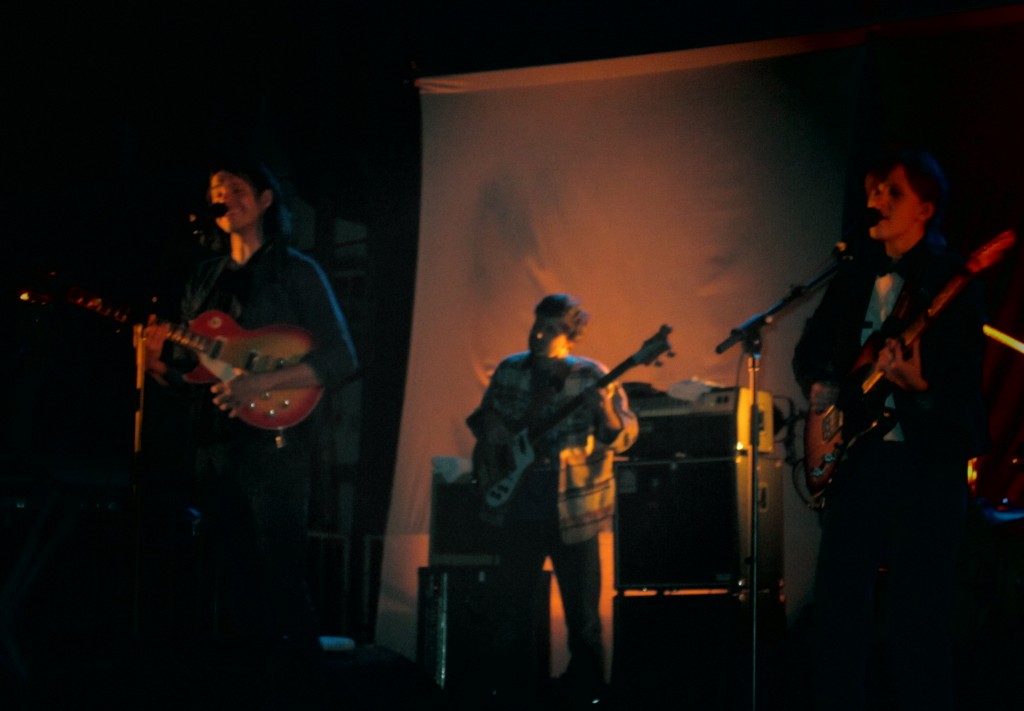 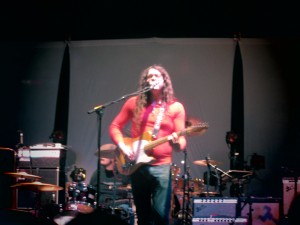 After our in-studio interview with Elsinore, we were pretty excited to see them perform on the biggest stage of the night.  Elsinore’s setlist focused on their more intense rocker tracks, and the audience enjoyed jamming to their songs.  Despite technical difficulties midway through the set that cut it short, Elsinore managed to put forward a great show that was a lot of fun.  The sincerity and strength “The Thermostat, the Telephone” was a highlight of the show, but the real climax was when Santah’s Vivian McConnell made a surprising appearance to give supporting vocals on the set’s closer. 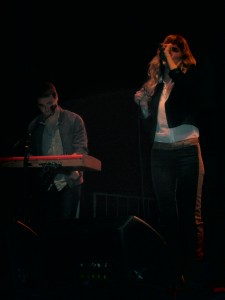 Entering a stage bathed in red and yellow lights, Tennis played an upbeat set to which the crowd was able to jam and dance.  Despite a cold wind at the outdoor venue, the warm-hearted tracks kept the mood of the crowd up.  Frontwoman Alaina Moore introduced most of the tracks and included personal elements and suggestions on a few of them.  The highlight was when she introduced “Marathon,” a track which most of the audience knew well and got to sing and dance along.

Dirty Projectors are one of the weirdest sounding bands releasing music today, and yet they do it so naturally that it never feels like they are trying to be weird, simply carefully crafting something beautiful.  Despite being delayed for fifteen minutes by technical difficulties, the crowd was pushing forward with excitement to get as close to these superstars as possible.  Frontman David Longstreth did a good job of engaging the audience and started a conversation about the moon that was a good reminder that as aloof as these indie heroes may be, they are doing what they love for people who love it.  Highlights included the vocal harmony of “Beautiful Mother” and the extreme sounds of “Useful Chamber.”  Sumerian cuneiform script appeared on projector screens behind them for a number of tracks, which served as a nice parallel for the music: very carefully formed, and although appearing meaningless and random to some, means everything to other people.  For an encore they performed “Stillness is the Move,” after which they left the stage with high fives and waves, and many fans decided to sing too as they left the venue, some on their way to Canopy Club for more music.

Canopy was buzzing before Best Coast hit the stage in what was one of the most consistent shows I’ve seen. Boss Bethany Cosentino, on guitar and vocals, and Bobb Bruno were joined by a full band that gave them an enormous sound. Cosentino could not have done anything better. Rocking a mini and tank that softened her edge, she swam from song to song bathing the crowd in a refreshingly easy going set. A packed set too, playing tunes from the recently released The Only Place along with plenty ‘o tracks from 2010’s Crazy For You. I can’t say anything bad about Best Coast, maybe they could have played for longer?

Julia Holter was the second and final show of the night at the Red Herring vegetarian restaurant.  The very small venue was packed with people, many of whom had showed up half an hour before the first show of the night at that venue.  Her music is dreamy and much of it emphasizes moving beyond oneself in a way that made live performances particularly enchanting.  Although she creates all her music by herself for studio albums, she tours with a cellist and percussionist, both who added substantially to the music.  Every song felt different live than it did on an album because the numerous tracks she subtly layers on each song were instead formed by three different (and far more emphasized) elements.  A great way to end the night, the crowd was ready to head home after an intense day of music.