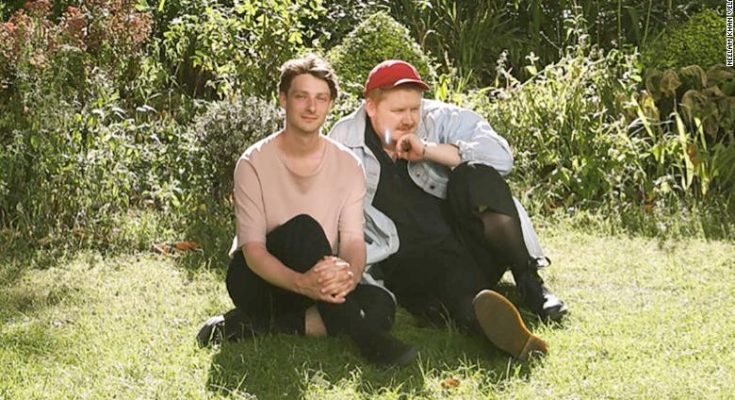 Concert goers waited in line at the venue hall in Santa Ana, waiting for the band to arrive and the concert to start. But Her’s never made it to the second-to-last stop on their North  American tour, the concert-goers never got into the hall, and Her’s never finished their first major tour.

The band’s tweet, “It’s almost home time for the lads, US tour has gone swimmingly so far. Got a hot sunset date with the Grand Canyon tonight”, was one of the last things heard from the band, excited to continue on the road to keep playing across the country. Two more stops – including the concert in Santa Ana – would close out their North American tour, designated to the debut of their neo-psychedelic rock/indie album, Invitations to Her’s. But tragedy struck after a head-on collision with the band’s car and a drunk-driver’s truck, killing both the two members of Her’s – Stephen Fitzpatrick and Audun Laading – along with their band manager Trevor  Engelbrektson, before they could ever have their date with the Grand Canyon, and before they could ever see how popular their music would truly become.

They had been a lesser known band from Liverpool trying to introduce their music to the  States, and although their music didn’t gain immediate popularity when they were alive and touring, their art gained quite the following in the wake of their deaths. Their music was the perfect sound to fill up small venues; easy, genuine music that embodied the feeling of soft,  light-kissed park hangouts in the summer, or slow drives on backroads chasing the setting sun  (Listen to “Marcel” or “Harvey”, and you will understand what I mean). It was music that made you simply feel good. Crowded underground venues were the perfect way to see Her’s, and on their tour in North America they filled up compact concert halls, clubs, and even sometimes packed themselves into coffee shops. But after their untimely death, their following of niche supporters transformed into the entirety of the Indie music industry at large, showing the power music can hold even after the passing of those who create it.

After the recognition of their deaths by mainstream media both in the States and across the pond, people started listening to Her’s and started to understand why their deaths – right at the precipice of their rise to fame – were so tragic. The band’s listeners went up, their streams and likes climbed through the charts, and the band became more and more popular with the news of their heartbreaking demise. People would discover their music and not know of their death, and in the wake of realization that these two boys were gone, would mourn the two of them and their talent by listening to the music they produced. It is morbid and sad; but in a bittersweet way, it is beautiful to see how something good could come of something so painful.

Going from selling out small venues to a million monthly listeners on Spotify and Apple  Music, Her’s is now included in multiple playlists amongst alternative stars such as Gus  Dapperton, Still Woozy, and Beach House. The fame the band’s music found after their death was deserving of what was produced, and the only shame in this newfound popularity is that  Stephen and Audun aren’t here to see it. However, one of the many powers of music is that it can transcend the bounds of time; an old song can become new again, and bands like Her’s can live on in the infamy of their music and the love of their fans. They never got to finish their tour, they never got to bring that experience back with them to Europe to continue the crazy trip their music was taking them on, but the longevity of music allows for their voices and sounds to continue. Although those waiting in line for a concert that never happened didn’t get to experience the boys of Her’s play live, they still have the privilege of listening to them with the tap of a button, showing the ability for music and streaming services to trap talent and brilliance in time like a mosquito in amber.

For those who are unfamiliar with Her’s and are curious on where to start, try some of the band’s top hits like, “What Once Was”, “Marcel”, and “She Needs Him”.