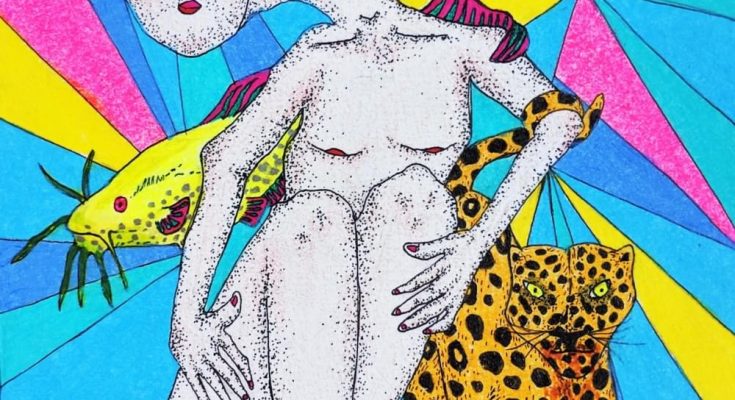 Sven Gamsky, who goes by the stage name Still Woozy, is an artist who should be on everyone’s radar. His debut EP, Lately, leaves a lasting impression despite being only 13 minutes long. In this new era of music and technology, artists have the freedom to experiment with several genres to create a unique sound of their own. Still Woozy has clearly taken advantage of this. His songs are a mix of R&B and electronic beats, soothing vocals, lyrics that make the listener feel like they are in-the-moment with him. There are a million ways to describe his music, but what can’t be described is the chill feeling that can only be experienced by actually listening to his EP.

The first track, “Lava” is appropriately named as it emulates what I imagine to be the feeling inside of a lava lamp. It’s an interesting blend of real instruments and electronically-created sounds; you can hear the light beats of a drum combined with a synth tune. In the lyrics, Still Woozy reflects on what he admires about a significant other, telling them, “You know I love it when you hit the air and run around yelling / That’s when I’m melting.” The nonchalantly cool sound and the sweet lyrics make this the perfect song to listen to on a long midnight drive with no destination.

Up next is “Ipanema,” which deviates the most from the general sound of the EP (in a good way). Still Woozy experiments with Spanish influence on this song, collaborating with Mexican-American singer Omar Apollo and rapper Elujay. The instrumental of this song is notably more upbeat than the other tracks, but it still retains the overall chill vibe of the EP. After Still Woozy begins the song in English, Apollo adds a verse in Spanish: “No me haces caso en la vía de mi amor,” which translates to “You ignore me in the way of my love.” Amazingly, the three artists take a song about unrequited love and turn it into a happy bop.

The third track, “Habit” was released as a single before the EP came out. In my opinion, this is the best song on the EP and it demonstrates all the best parts of Still Woozy’s sound. This song just straight up puts you in a good mood. It continues building on the theme of unrequited love, but Still Woozy’s dreamlike vocals and the relaxing R&B sounds still leave you feeling hopeful. The last few lines of the song add another dimension to the emotional aspect of the song, as Still Woozy pleads, “I could be yours if you wanted / Please, please tell me.”

The EP closes off with “Maybe She,” in which Still Woozy reflects on the mixed signals he has been receiving. Admittedly, this track is not the most memorable of the EP, but it still radiates a chill vibe. Though the instrumental doesn’t particularly stand out to me, the vocals definitely make the song better to listen to. Still Woozy has this unique quality in his voice where he can really portray what he was feeling while he was writing the song. This is one of those songs that I probably wouldn’t search for specifically, but I wouldn’t be mad if it played on shuffle.

Overall, Still Woozy does a solid job of getting his sound out there on his debut EP, and I will definitely be keeping up with his new releases. If these 13 minutes of material are any representation of what’s coming in the future, then I predict Still Woozy’s fanbase will only get bigger when he drops an album.