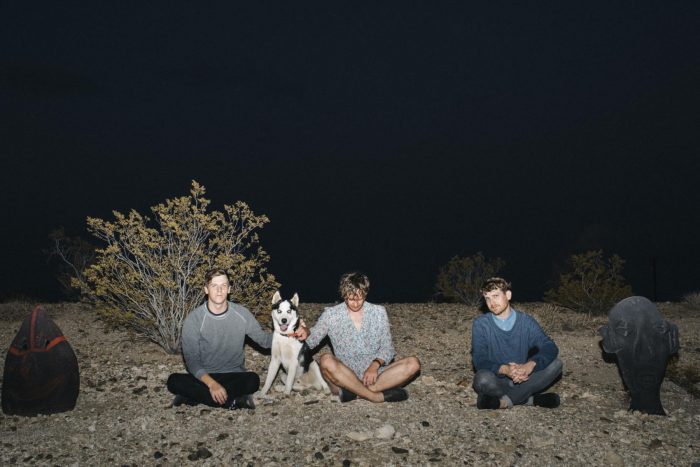 Indie-rockers STRFKR performed at Foellinger Auditorium on Thursday, April 5, bringing their Portland sound to the cornfields of Urbana. The concert itself had a low key atmosphere which is the opposite of what STRFKR concerts are usually known for. When preparing for the show, I looked up reviews to older shows and found that a typical STRFKR show consisted of crowd-surfing and a lot of dancing. I think the venue played a huge role in the vibe of the show, since Foellinger is mostly used for lectures and not for dance-heavy, indie-rock concerts. There’s no doubt that STRFKR put on a great show, but they seemed to have dialed themselves back a bit for the night.

The night began with The Slaps, a Chicago-based alternative band formed at DePaul University. I wasn’t able to catch The Slaps first-hand as I was selling tickets for STRFKR, but I thoroughly enjoyed everything I heard. Playing to a crowd of around 600 people (mostly college students), The Slaps are a typical band one would find playing in a basement in Urbana. Their love songs brought an intimate sound to the large auditorium and the crowd seemed to be really into it. As sad as I was to see their set end, it meant that STRFKR was about to come on stage.

Overall, STRFKR’s set could be described as extremely easy-going and laid back. The first few songs had a very low key atmosphere and the crowd followed suit in the sense that they were also quiet and relaxed.

The concert picked up around mid-set when STRFKR started playing more lively songs like “Open Your Eyes,” “Rawnald Gregory Erickson the Second” and “Girls Just Wanna Have Fun.” “Girls Just Wanna Have Fun,” STRFKR’s cover of the iconic Cyndi Lauper song, was one of the first songs I had ever heard by them. Listening to it live and dancing around in the crowd was definitely my highlight of the show.

One thing I noted was that the concert felt very nostalgic. When STRFKR wasn’t using trippy visuals to compliment their songs, they used old home videos. The old videos combined with their quiet sound reinforced the chill vibe that STRFKR had going. I’ll always enjoy a relaxed concert, but I was slightly disappointed after being so excited to hear STRFKR live. After watching videos and reading reviews of previous shows, this clearly was not a typical STRFKR show so I would definitely be willing to see them in a different setting in the future. 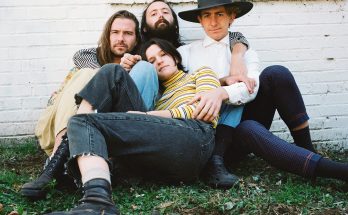