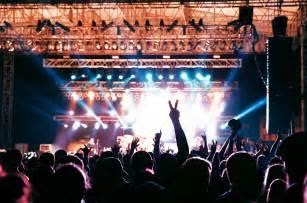 I am not one to live in the past, but the music the year of 2020 held was incomparable and a step into the new decade of this art. There was of course more time for discovering new genres and artists, and the rise of Tik Tok brought a revolutionary element to the music industry. There were surprise releases and anticipation for more as artists had extra time to master their craft. At the start of this new year, I am left anxious thinking about the year of music to come. Many of my favorite and newly favorite artists released music last year, does that mean 2021 will leave me wanting more? Thoughts of impending disappointment aside, a few artists have confirmed releases for the year. With the genre fluidity seen in the last year, I am filled with high hopes for these confirmed releases and more.

Drake’s music has had a substantial part in shaping Rap and Pop music for the last decade. We last got an album from him in May of 2020 with mixed reviews. It is a guarantee that whatever he comes out with it will be played on the radio obsessively and have much more success than hard-working smaller artistis. However, this is the way the music industry works. I hope that with this release we will see something new and perhaps some influences from more of the experimental rap that has been gaining popularity. After over a decade leading the industry, I hope this release is influential in all the right ways.

Porter has had an impact on electronic music and fans of different EDM subgenres across the world. His release Worlds in 2014 gained attention from critics and created connections with listeners that related to the emotions behind the art. After a hiatus and overcoming battles with depression, Robinson released his first single in years last Spring. Recently, he confirmed the release of a new album in April. Watching artists struggle with something so many of us go through makes their art even more powerful. This new album should be nothing short of a triumphant story.

Show Me How You Disappear, IAN SWEET

Jillian Medford, under the project name IAN SWEET, will be releasing her third album after teasing with her latest singles a few weeks ago. The music contains heavy indie influences but with surprising electronic twists. Each album contains a collection of producers on different songs which adds a diverse but collective element. Working with the same producers as Maggie Rogers and Big Thief, bode well for fans of those artists. However, IAN SWEET is a project filled with self-discovery and betrayal and overcoming that. With the pure artistry from her previous works, this album is highly anticipated.

This band gained instant popularity in recent years with comparisons to Led Zeppelin. Those comparisons are of course unfair when these artists are pushing boundaries in a music industry that has largely lost its Rock-and-Roll flair. Popular music has evolved from the Classic Rock of the 80s and Rock Pop of the early 2000s. This group could be the beginning of a resurgence of Rock in popular music. The captivating lead vocals, relatable Midwest beginnings, and reminder of the music that once was, points to an exciting future for this group.

I will leave it at that and not toy with the idea that there are potential releases from Frank Ocean, Kendrick Lamar, and potentially even Stevie Wonder this year. It is exciting to see the idea of Popular music evolve with time and the influences we have seen in recent years. Experimental production is in the future as well, with more attention being drawn to the often-toxic nature of the music industries for artists. Last year was not what anyone expected but was a great start to a decade of music that generations in the future will look back on and appreciate.