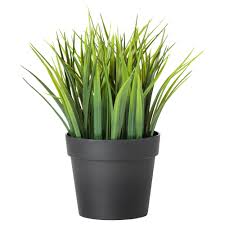 On This 20th of the month of April WPGU pulled together the ultimate top ten list. All the following albums are guaranteed to celebrate this special day. We pulled music from all sorts of genres, from Metal, psychedelic rock, to Celtic folk, and contemporary classical. So sit back on your couch, put your favorite pot out, and fall into a daze with these Chill/Trippy/Potty Albums!

Master of Reality is one of Black Sabbath’s most sonically defined albums. Its sound is deep and sludgier than past work, classifying this piece as a stoner, rock album. It has slow, mid-tempo that picks up into a distorted heavy sound that relies on the bass. Master of Reality was so creatively designed that it created metal subgenres such as doom, stoner, and sludge metal. The fantastic opener of this album, “Sweet Leaf”, gives off the stoner metal kick listeners love, making obvious drug references as guitarist Tony Iommi was handed a joint during the recording session. His potent, cannabis cough became the intro for Sweet Leaf. Sweet Leaf was a song about admirable qualities of weed and the core of Master of Reality.

Klaatu will probably go down in history as a phony Beatles band (see here), which sucks because 1. It was more the media/fan’s fault for getting to excited at the idea of a Beatles reunion and 2. This album is actually pretty magical. It starts off with the relaxing sounds of aliens coming down to chill with us. Later on you get goofy songs like “Anus of Uranus” and “Sir Bodsworth Rugglesby III”, the latter of which features a singer who probably had just finished a bottle and half of whiskey. Throughout the whole album there is a three way tug of war between 70’s hard rock band with tight rhythm section and beautiful vocal harmonization, playful sounds like banjos and whistling, and Indian inspired melodies.

You have to listen to Jimi Hendrix. He is one of America’s greatest contribution to music. The electric guitar used to be the acoustic guitar’s obnoxious cousin. Hendrix pulls out so many different sounds on this thing, he plays two versions “Voodoo Chile.” That’s right: The grand finale of this epic double album is a cover of himself from earlier in the record. The first version was a jazz session with Traffic organist Steve Winwood, Jefferson Airplane bassist Jack Cassidy, and the hot Larry Coryell. The “Slight Return” version features the influential and stylish use of the wah wah sound effects as well as guitar solos that burned with fiery passion.

This album has such a simple title mostly because it’s a really simple concept. Get two household jazz names of very different styles to play together. The end result is some cool blue music. Even when working on standards like “In A Sentimental Mood,” you can hear the spontaneity play out between the two. What’s super cool is how Duke Ellington, who was more often playing with orchestra sized bands in his hey day, leads Coltrane’s band and still gets a really huge sound out of them in songs like “Take the Coltrane” and “Angelica.”

These pioneers of folk-rock delved into some trippy territory. They especially experimented on the tracks “Expecting to Fly” and “Broken Arrow”. “Expecting to Fly” opens with an orchestra slowly getting louder until it fades into Young’s detached, dreamy, and hazy vocals. “Broken Arrow” is especially bizarre, including audio from their own concert, a Beatles concert, heartbeats, a piano solo, and a short rendition of “Take Me Out to the Ballgame” while lyrically begging interpretation that cannot lead to any meaning.

Similarly to Bob Marley Mac Demarco is synonymous with being chill albeit on a smaller scale. Demarco’s 2014 release Salad Days proudly exhibits Mac’s laid back attitude. Many of his songs have repeated high pitch riffs from his electric guitar that slowly lull you into a chill trance. You become sucked into all that is Mac: Early 70s John Lennon vocals, cheerful melodies, and a warm hearted thank you punched in at the end.

The album is named after a slang term used to describe cannabis. The artwork for this album mirrors Zig-Zag, the dopest rolling papers around at this time. This was Dr. Dre’s first solo album after hip hop group, N.W.A decided to split. This album has been a bit influential in hip hop. It has been noted that the album was a combination of street gangster sounds accompanied by stories about sex, drugs, and murder. Strong beats, soulful back vocals, and dope bass lines makes this album perfect when hanging with friends in a smoked out bedroom while reminiscing about the good ol’ days.

The first time I heard about this album was in a scene from “Taking Off,” where old, stuffy rich people learn how to smoke a joint. A hilarious scene that is only enhanced by the song “Air,” the chillest, most kicked back song of 1968. You hear that song and you just have to take in a big deep breath and relax. There’s also an Eastern-flavored number titled “Puppies” that makes me think I’m camping with the duo. As for their name, they actually are really incredible.

Modern classical music has some of the most far out music I’ve ever listened to. Gyorgy Ligeti is someone who has written an “anti-opera” and uses sciency-sounding techniques like micropolyphony, so you shouldn’t be surprised by some of the atonal stuff that you’ll hear on this compilation album. The title is a reference to the fact that you’ve heard his music on the movie masterpiece 2001: A Space Odyssey. Also, all of his music also just sounds like it was written on Jupiter.

Bob Marley remains a symbol of taking a load off and relaxing. His music is timeless. Songs like “Is This Love”, “Three Little Birds”, “Could You Be Loved”, and “Buffalo Soldier” all excel in bringing about a comfortable atmosphere. Bob’s music lets his listener know that “Every little thing is going to be all right.” We can all rest easy after chilling out with Bob on his compilation album Legend.

So when things pile up and it seems like there is no way out for you, take a break, turn to Bob, and unwind. “Don’t worry about a thing, because every little thing is going be alright”