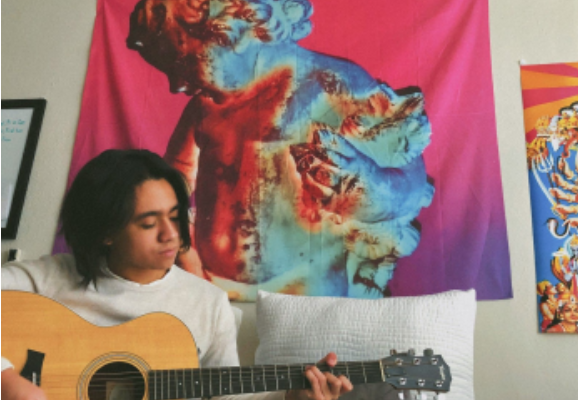 I must have been eight or nine years old when my father showed me his favorite
childhood band, New Order. I thought Steven Morris’ drums were way too repetitive, Bernard
Sumner’s vocals were decent, and the dance tracks sounded a bit foreign. I wrote them off and
pretty much forgotten about the Manchester band for years.
Last summer I was driving back from my friend’s house in my beat-up 2004 Toyota
RAV4. It was a typical humid Chicago evening–windows rolled down, a gorgeous sunset in my
rear view mirror, a gentle breeze just strong enough to make me move my rather long hair out of
my face every twenty seconds–the whole nine yards. Then, “Weirdo” from their 1986 release,
Brotherhood came on my stereo from a Spotify recommendation and I fell in love with the track
immediately. I went home and listened to damn near their entire discography. I fell in love with
Peter Hook’s driving basslines, Bernard Sumner’s playful guitar voicings, and the band’s overall
sense of a tasteful dance groove. Everything just clicked.
At their peak, New Order offered their fans a variety of sounds from dance and disco to
punk rock. I’ve always seemed to gravitate towards their more rock-oriented tunes simply
because I believe all four band members are at their artistic peak performing rock music. With
their brand new single, “Be A Rebel” being released, what better time than now to craft a
collection of my favorite New Order tunes. I present to you: Up, Down, Turnaround.