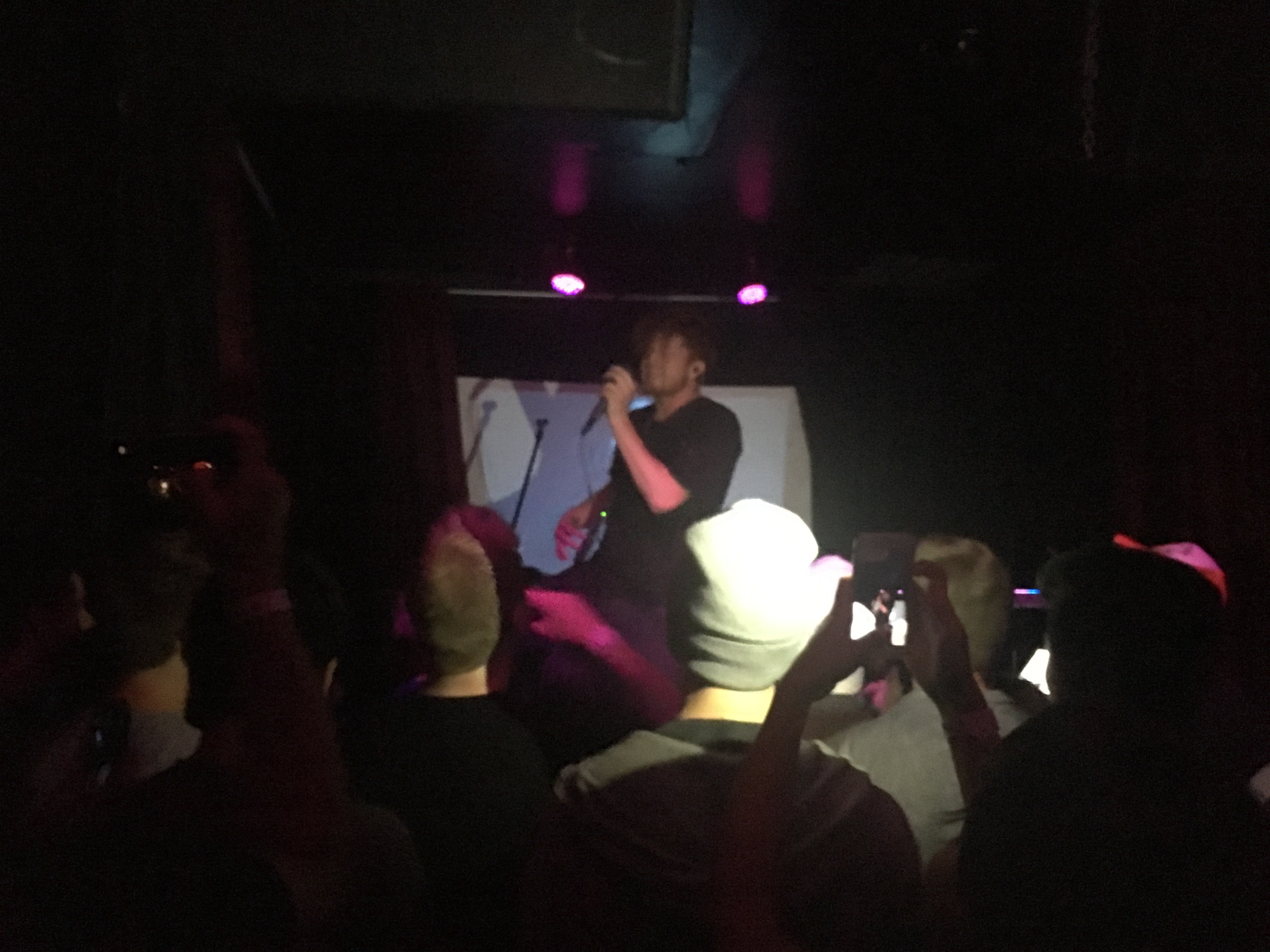 Late Wednesday evening, Crywolf took the stage at the local venue Canopy Club just days after performing to sold out shows in cities like Denver and San Francisco. Like many of his contemporaries, Crywolf started off as producer and multi-instrumentalist who previewed his first original tracks on his Sound Cloud. Since then he has managed to build up a rather strong following and has been able work with well regarded acts such as Skrillex.

The openers for Crywolf included several local DJs that played the standard electronic music with the every so often addition of a bass drop. However, the crowd that did manage to come out and support Crywolf did not come until much after the DJs had finish their sets. Right from the moment Crywolf began his set he drew in the crowd with the projecting of a hauntingly, obscure images. Unlike some of the other acts, Crywolf did not seem to have trouble with commanding his presence and transferring his high strung energy onto his audience. It was delightful to be admist the fans who sang along vibrantly with every word to the most popular songs. These were the  same fans that chose to stand by when even during mid set there was a bit of technical problems that interrupted the show for a good ten minutes.

Crywolf is the type of artist to put on a real geniune attempt at show which includes all the thoughtful and elaborate back drop. Even through the most subtle of moment of a song he would turn it into some vivid charade that was highly interactive for the audience. Instead of feeding us with just another variation of a typical electronic song, Crywolf chose to be completely original in his approach. He tackle on every beat and sample with a percussive build up that would lead to ultimate climax of slightly haunting bass drop.

At moments, it was a bit overwhelming to mist of it all and to think about what would come next. No one was ever quite sure what percussion instrument Crywolf would attempt to play and encorporate into his music. However, the lighting set up was quite dull and absymal making it really retract fromthe aesthetic of this avant garde electronic music. There was a bit of everything to experience with his performance whether that be a extremly articulated xylophone or the use of his personal soundboard that he so casually would hang around his neck. One of the most enjoyable parts of his performance was that he consistently strive to push the envelope and surprise the audience with small moment of creative ingeniusness as an artist. The appeal of Crywolf is quite apparent and surely there will be more to come for this artist as he continues to make a name for himself in his genre.