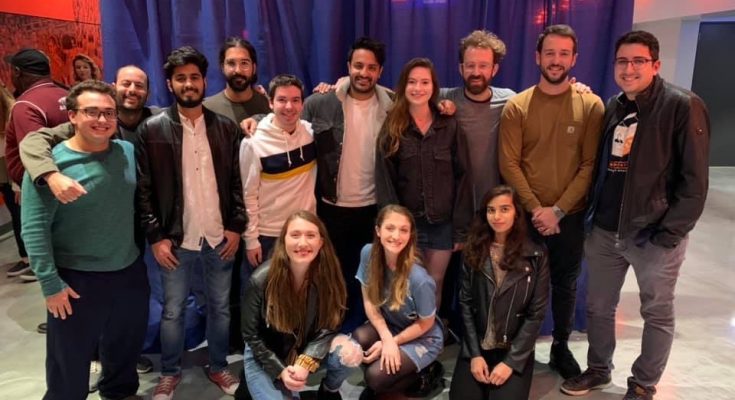 One of the bands that gets the most airtime here at WPGU is Young the Giant, and their concert at State Farm Center last Thursday proved why. The SoCal group has been around since 2004, and as a result, they are no strangers to the alternative music scene. When I heard they were coming to Champaign, I knew I had to go. I was lucky enough to get floor tickets and I couldn’t wait to see Young the Giant up close.

The opening act was Bad Child, a singer-songwriter hailing from Canada, whose musical style is an interesting mix between alternative and hip-hop. While he was performing his set, there was an air of awkwardness in the crowd as if people were wondering whether they came to the right concert. Although he was clearly passionate about his music, his setlist was incohesive; it seemed like he was still trying to figure out who he is as an artist, and some song styles worked better than others. He definitely made an effort to put on an exciting show, but it, unfortunately, fell flat.

When Young the Giant came out, the crowd’s energy shifted completely. Everyone was up on their feet, dancing and singing along to all the songs. The second song on the setlist was “Something to Believe In,” which was perfect for hyping everyone up. Lead singer Sameer Gadhia was fantastic at connecting with the audience to the point where it felt like we were up on stage singing with him. There were a couple of throwbacks in there, such as “Cough Syrup” and “Mind Over Matter.” Almost everyone knew the words to these songs, leading to that incomparable feeling of euphoria when you and hundreds of strangers are harmonizing with one of your favorite bands. It was like we were all on the same level. When they performed “Call Me Back,” which is one of their more quiet and personal songs, there was a respectful silence in the crowd as if everyone was taking a moment to just appreciate the music. It takes a lot for a band to elicit the reaction they want from the audience for each specific song, but Young the Giant made it look effortless.

When they left the stage with a simple wave goodbye, the audience was left in shock. We didn’t want the night to be over just yet. Of course, Young the Giant would never leave without an unforgettable encore. Gadhia came out decked in a velvet navy blue cloak studded with tiny mirrors, a perfect way to personify the title of their latest album Mirror Master. The mesmerizing rhythm of “Superposition” combined with Gadhia’s soft vocals had everyone captivated. It was truly a moment that I will always remember fondly.

Even though I was not familiar with every song on the setlist, there was never a single moment where I found myself waiting for the next song. It was clear that Young the Giant has a talent for making the crowd feel as passionate about their music as they are. I would recommend anyone to go see them in concert if they have the chance.